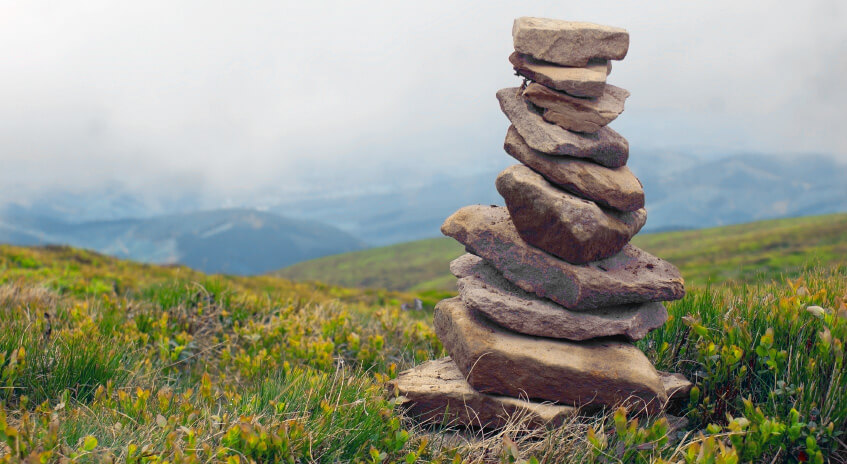 I enjoy backpacking, especially in the backcountry. My brothers and I have been on about a dozen hiking trips together, and have found that our favorite hikes are often the most remote, least-traveled trails. Once in the backcountry, the silence is breathtaking, and I find instant clarity.

On a recent trip, my buddy Randy and I decided to hike the remote Bush Mountain Trail along the northwestern edge of the Guadalupe Mountains National Park in West Texas. The ranger actually tried to talk us out of it, although he admitted it was for purely selfish reasons.

He explained that very few folks ventured out on this particular trail, it was likely overgrown and hard to find in places, and that we probably wouldn’t see another person along the entire trail… which all sounded perfectly exciting, in our book!

We headed out on the trail, and within minutes had already made our first wrong turn. Our lesson learned, we continued, paying closer attention to the trail markings. 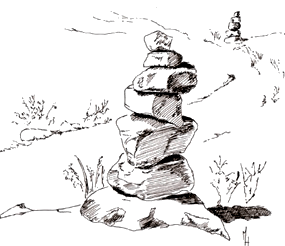 If you’ve done any backcountry hiking, you know that these types of trails are often marked with small piles of stones called cairns. The cairns are typically placed 50-100 yards apart along the trail. By paying close attention to the cairns, a hiker navigates his/her way by essentially connecting the “dots.”

This particular trail took us along some absolutely beautiful meadows, gentle hills and magnificent mesquite trees. We stopped often to take in the picturesque scenery, and simply be present to the moment.

After hiking most of the morning, we observed that the trail had gained very little altitude. We knew that our destination for that night’s stay required an elevation gain of at least 3,500 feet, so sooner or later, we would have to begin gaining elevation.

We steadily continued, making our way from cairn to cairn. Sure enough, we rounded a turn and realized the challenge awaiting us.

The trail suddenly began to climb steeply upwards, the cairns dotting the spine of a ridge that led nearly straight up the side of the mountain. After hiking most of the day in the West Texas heat, carrying 50-pound packs with enough water and supplies for three days on top of the mountain, we quickly became exhausted.

During the next hour, it was all we could do to simply make it to the next rock cairn, where we would stop to catch our breath, and then resume the grueling hike.

Finally we made it the top of the incline and began hiking along the ridge line to our campsite. I don’t think I’ve ever been so happy to drop my backpack and sprawl out on a nearby rock.

Later that evening, as I reflected on the day’s hike, it occurred to me that in addition to being relentless guides, those rock cairns also held a valuable life lesson.

While we may have an idea where our life’s journey will take us, we rarely know exactly what path we will take to get there. We’ll all experience our share of both mountaintop and valley experiences, but very often, the trail we follow will take unexpected and difficult turns.

Many times, we’re completely unable to see beyond the next cairn, although we would much prefer to see the entire trail from start to finish.

I’ve often been asked if I have a “five-year plan.”

“Where do you see yourself in five years?”

Hey, I’m all for long-term planning. And we certainly have some goals for our family toward which we work diligently.

But if I’m really honest, I have no idea what I’ll be doing in five years. Neither do you.

My hope is that the trail will continue to unfold ahead of me in unexpected ways, and that despite the challenges, we’ll see some amazing things along the way… and eventually find ourselves in a place far better than we ever imagined.

I love this passage from Robert Pirsig’s philosophical classic, Zen and the Art of Motorcycle Maintenance…

Mountains should be climbed with as little effort as possible and without desire. Then, when you’re no longer thinking ahead, each footstep isn’t just a means to an end but a unique event in itself. To live only for some future goal is shallow. It’s the sides of the mountains which sustain life, not the top. Here’s where things grow.

These days, I purpose to fully enjoy and focus only on the portion of the trail on which I currently find myself. To get the most out of my time on this “trail,” I choose to rest, assured that the trail will continue to reveal itself to me one step at a time.

Even when you’re unable to see beyond the next marker on the trail, don’t give in to worry. If your 5- or 10-year plan isn’t working out as you expected—or if you don’t have one at all—just take a deep breath and relax.

Choose to be fully alive in this portion of the trail. The rest will reveal itself in time.

You can’t connect the dots looking forward; only by looking back. You have to trust that the dots will connect in your future.

Know someone who could use this reminder? Why not share this with them?