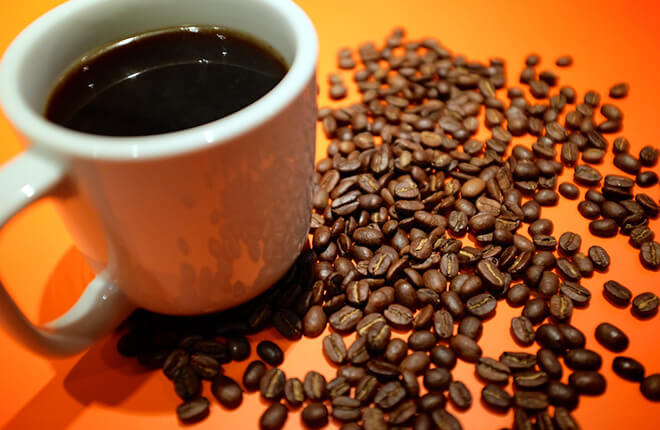 In what is definitely a first, I’ve just enjoyed a cup of Kopi Luwak, the most expensive and rare coffee in the world. Collected from the droppings of the Asian palm civet, it’s also become quite controversial.

My buddy, Yogi Liman, brought me about half a pound of these pricey coffee beans on a recent visit to the US from his home country, Indonesia.

When I first opened the bag, I was immediately hit by the strong, pungent odor of the beans, which I suppose shouldn’t be a surprise, given their, umm… origins.

You see, they’re harvested from the droppings of the Asian palm civet, a small, catlike animal who eat the coffee cherries for the fleshy pulp, then pass the beans through their digestive tract, where they are uniquely fermented by the animal’s stomach acids and enzymes.

(Honestly, it’s hard to write about this without at least chuckling. You have to wonder, who first thought this might be a tasty treat?)

After passing through the civet’s intestines, the beans are then defecated (yep, you read that correctly) before being collected by farmers and finally roasted.

Because of the intensive farming process, the cost of kopi luwak has become the most expensive coffee in the world, selling for between $100 and $600 US per pound!

With this newfound knowledge, I carefully measured out a tiny scoop of the beans, submitted them to a coarse grind, and then brewed a single cup using a French press.

Surprisingly, there was no hint of the strong odor I experienced earlier. The coffee was incredibly smooth, and noticeably lacked the acidic bitter aftertaste of many other coffees. There are strong nutty flavors, with hints of citrus.

And, since I know you’re dying to know… there are no hints of it’s origins.

I’d agree with most of the reviews you can find on the web… kopi luwak is very mild, almost to the point of being non-descript. It’s far from the most flavorful coffee I’ve ever had, so I don’t personally feel that it warrants the exorbitant price.

Adding to the controversy, the demand for kopi luwak has resulted in aggressive farming and caging of large numbers of civets in poor conditions, which make it impossible to recommend this coffee with a clear conscience.

Still, I enjoyed this one-time experience, and was blown away by the generosity of my friend’s gift. After all, how often do you get to try the most expensive coffee in the world?